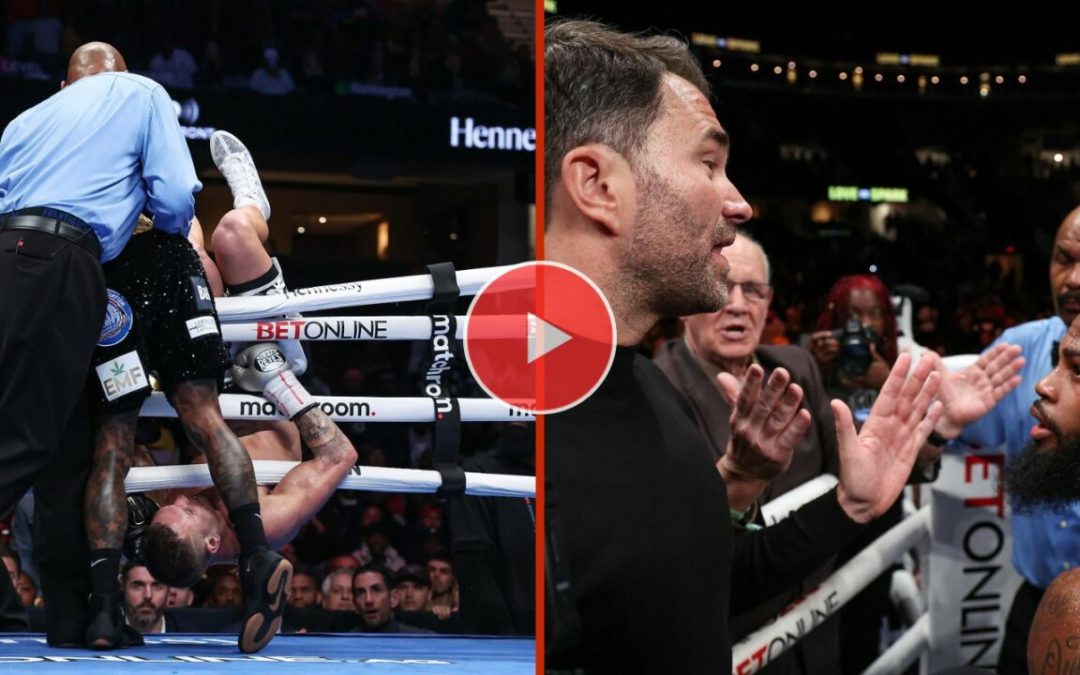 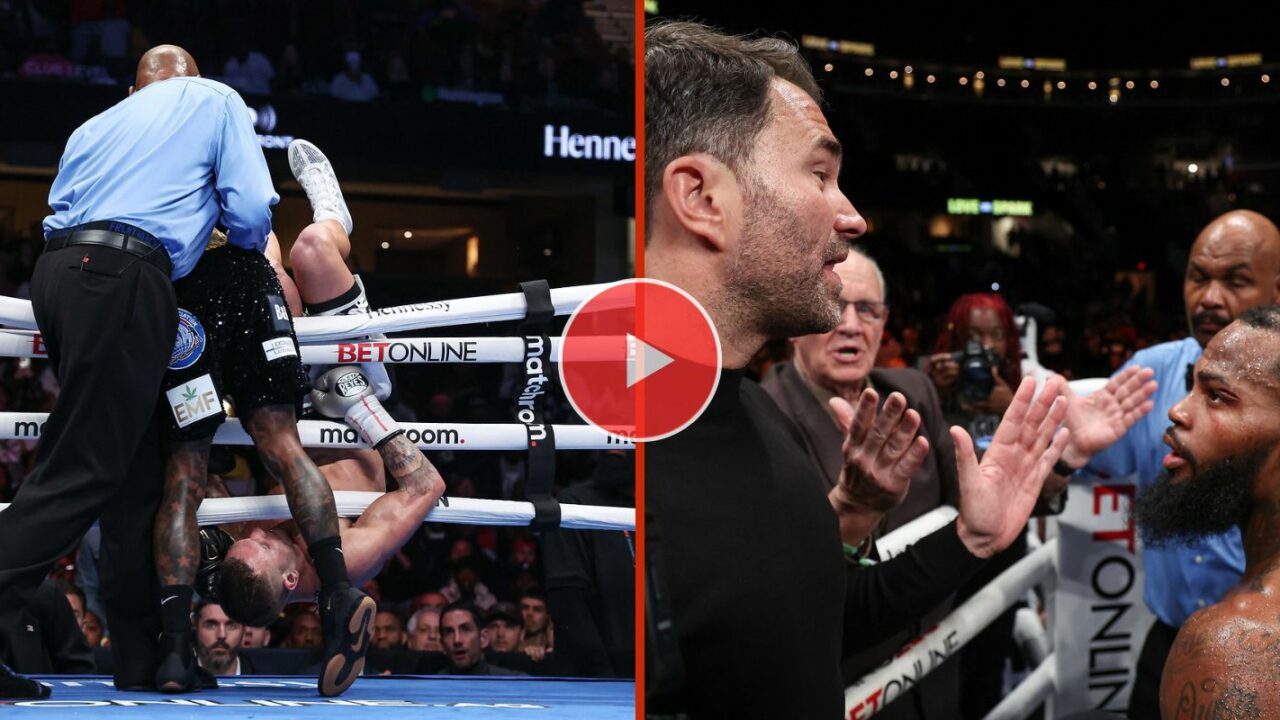 Montana Love was disqualified in his hometown of Cleveland after pushing and tipping underdog Stevie Sparks out of the ring following a bad clash of heads that left a cut on Love’s eye.In the aftermath, the super lightweight prospect complained to the referee, David Fields, that Spark had been using his elbows whilst protesting the result.In an entertaining bout, Love was dropped in the second round despite being heavy favourite. While the hometown fighter was able to land the more difficult shots up to the halfway point of the fight, southpaw Spark continued to make it a difficult night. In the sixth round, Spark and Love collided, leaving Love with a severe cut above his left eye. The damage was checked over by the ringside physician, who allowed the fight to continue with a view to keep monitoring the bleeding.He didn’t have to do that, as when the action resumed Spark went all out and the now partially blinded Love swarmed him, pushed him to the ropes and tipped him out of the ring.Spark sticked the landing like an Olympic gymnast, but that did nothing to convince Fields to not wave it off immediately. Both fighters climbed to the top of the ring to celebrate the win. Weeks and Love protested, and Eddie Hearn entered to tell his fighter that they would appeal the decision. He spoke to DAZN in the aftermath.“I just pushed him. It ain’t no ‘I picked him up and threw him out the ring’ or anything. It was a bad call. Very bad judgement on this referee … This man, he can’t out box me or out fight me or none of that – and that’s what I wanted to prove tonight.”Spark also conveyed disappointment surrounded by a chorus of boos. Hearn took the side of Love when analysing the ref’s decision after giving credit to Spark for being willing to fight on.“The referees have got to stop making these quick decisions. The ref DQ’d the fight and then looked like ‘oh what have I done?’ They have a tough job, but was a poor decision to disqualify Montana Love … We’ll have to speak to the commission, I know Montana will appeal [to] the commission and perhaps we’ll do it again.”A rematch looks likely.