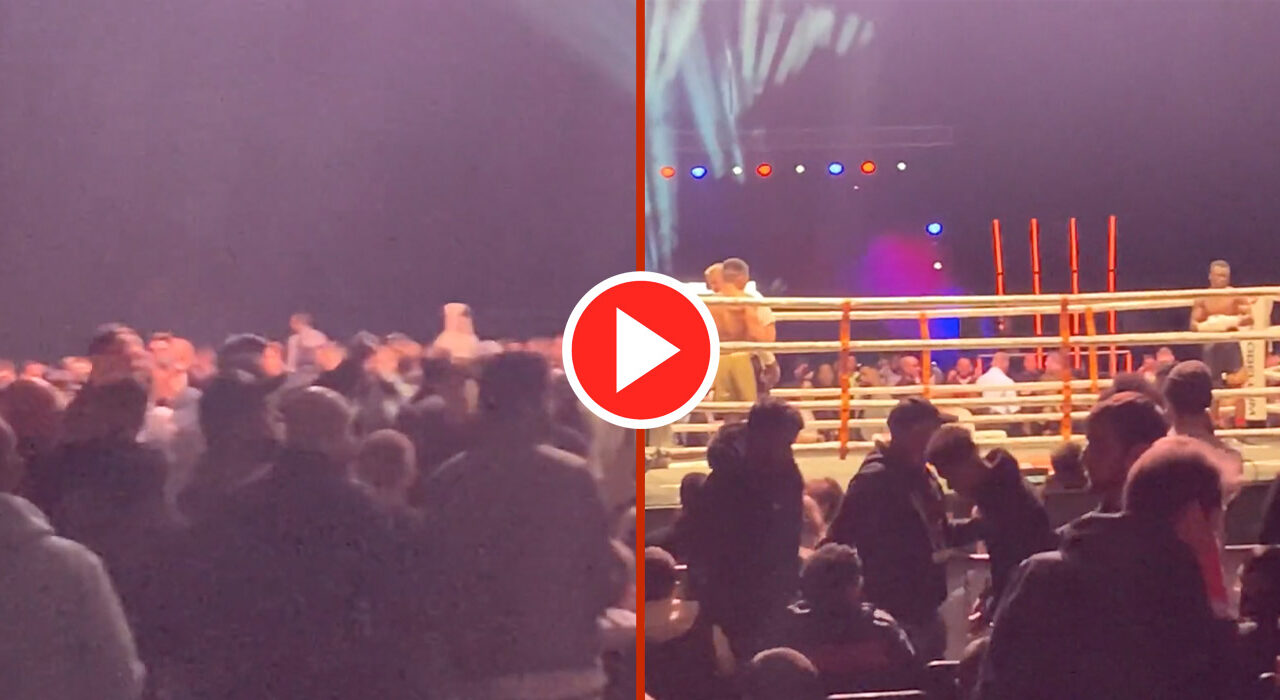 A fight on the Sunny Edwards vs Felix Alvarado undercard was temporality halted due to crowd trouble at the Sheffield Arena.Edwards defends his IBF Flyweight title against Alvarado as the headline event of the evening.But it was a fight between Marcel Braithwaite and Thomas Essomba that had to be stopped for around 5 minutes by the Boxing Board as security tried to manage a bust up in the crowd.pic.twitter.com/zqKDFgwI0u— oliver (@sidoisme) November 11, 2022Reports on social media claim a major fight broke out in the audience which was followed by a ‘gang of troublemakers making their way ringside’.🥊🇬🇧 CHAOS here at Sheffield Arena as the Marcel Braithwaite v Thomas Essomba fight is paused by the referee after crowd trouble spills over and a gang of troublemakers make their way ringside.Security completely overwhelmed.#edwardsalvaradopic.twitter.com/3CCWd8oTee— Boxing UK (@Boxing_UK_) November 11, 2022Fans at the arena described the situation as ‘chaos’ and ‘madness’.ALL HELL has just broken loose @probellum live in Sheffield. The ring was flooded with fans! Massive crowd punch up! It was all! Absolute MADNESS! #boxing— Jack Shaw (@LordJackShaw) November 11, 2022Crowd trouble at the fight means a decent fight has now been stopped for 5 minutes. Why can’t people just go to boxing and watch it why do they think they can all fight ffs.— LeeGards (@Gardner2Lee) November 11, 2022Sometime happened in the crowd that was bad enough to pause this fight for about 5 mins— 🌭 The Boxing Historian in the Hotdog Suit 🌭 (@BoxrecGrey) November 11, 2022Thankfully, security managed to calm things down and the fight was able to resume. Braithwaite beat Essomba in a close bout by a split decision.