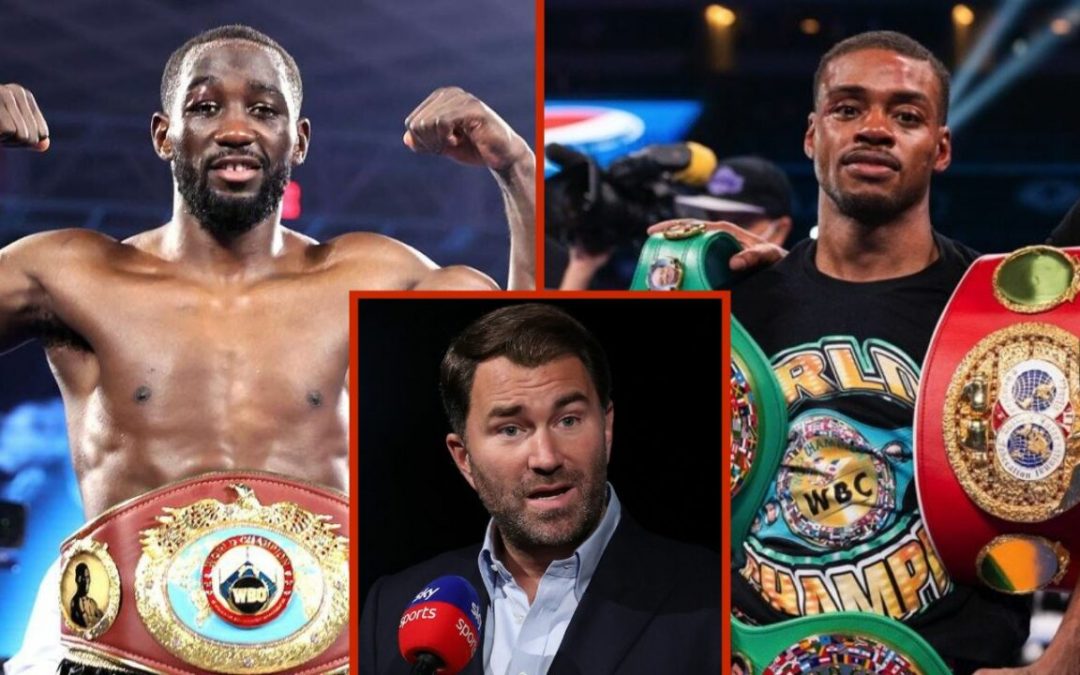 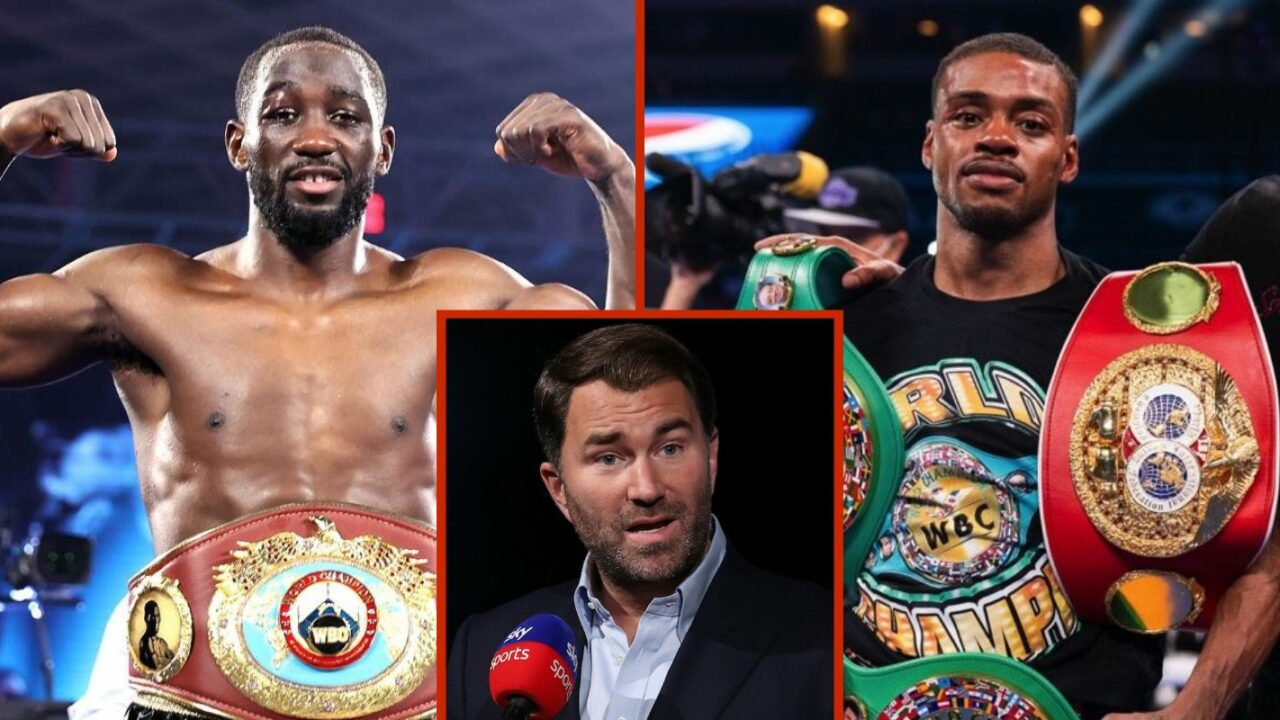 Eddie Hearn has given his prediction on the pay-per-view numbers for a potential fight between Errol Spence and Terence Crawford – and Hearn believes the numbers may not be as high as the two fighters have been led to believe.Hearn told Fight Hub TV that he would estimate an undisputed welterweight title fight between Spence and Crawford to do between 400,000 and 500,000 pay-per-view buys.“If I’m doing that fight [Spence vs Crawford], I’m budgeting the fight at between 400,000 – 500,000 buys. That’s where I’m comfortable to pay a guarantee.”“Now, the fighters think it does a million because someone in the gym told them that it does a million. But the reality is it doesn’t. It might make 600, but it could make 700. But what if it does 350 – who’s gonna pay the price?”“With a split, that’s the greatest position for a promoter. You’ve got no guarantees and no risk, the fight does what it does and you get paid what you’re worth. But we live in a world in boxing where fighters don’t get paid what they’re worth, they get-aid a lot more than they’re actually worth – and good luck to them!”Boxing fans were left disappointed recently after it became apparent that, despite a drawn out negotiation process, a fight between Spence and Crawford would NOT be happening next and that Crawford would be taking on European champion David Avanesyan instead.The break down in talks between the camps has resulted in both fighters blaming each other for the fight not happening, with Crawford posting a video where he claimed Spence’s promoter Al Haymon was responsible for the collapse in negotiations.