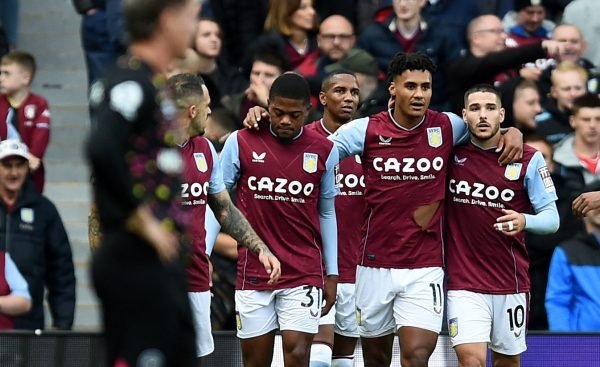 Aston Villa are back in action in Premier League this afternoon, as they travel away to Brighton in their final match before going on to the World Cup.

Unai Emery won his debut game as the club’s manager when his side beat Manchester United 3-1 at Villa Park.

However, the Spanish coach made several changes for their trip at Old Trafford to play Red Devils in League Cup. This resulted to a 4-2 defeat at Manchester.

The former Villarreal boss could now change his side in an effort to get into the break after successive victories in top-flight.

How many changes will he make the XI following the defeat in EFL Cup. Here it is Football FanCast’s predicted XI…

We predict Emery will make six team changes, with Robin Olsen and Calum Chambers dropping out, as well as Ashley Young, Ludwig Augustinsson and John McGinn.

The cup match against United offered fringe players an opportunity to prove to the manager that their merits are being met. Unfortunately, many of them wasted this chance.

Olsen made a huge error leading to Bruno Fernandes’ goal as his wayward pass out from the back allowed the hosts to overload Villa in their own box, which seems unlikely to convince Emery that he should be dropping Martinez as his number one.

Kamara could continue to play in the midfield and replace Leander Dendoncker, who was injured during the Premier League clash against United. He has averaged 3.5 tackles and interceptions per game, compared to the Belgian’s 2.7, and could provide a solid screen in front of the back four.

Emi Buendia, who was once dubbed “magical” by Racing Post’s Jack Reeve, could return in attacking midfield in place of McGinn – who failed to create a single chance against United.

The Argentine gem has created two ‘big chances’ in six league starts as he has proven that he has the ability to create quality chances for his teammates.

Ings could also be ditched up front for Leon Bailey to return after the Jamaican forward scored in the 3-1 win over Erik ten Hag’s side last weekend, whilst the Englishman failed to find the target in midweek.