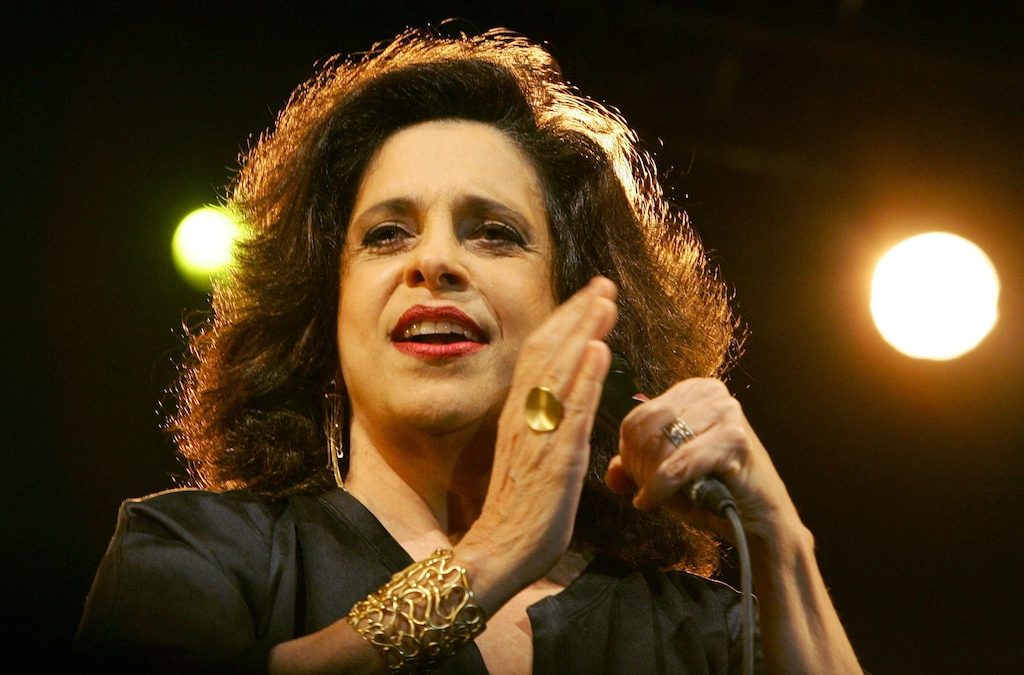 Gal Costa, one of Brazil’s most revered singers and a central figure in the Tropicália counterculture artistic movement that emerged during the repressive military dictatorship lasting from 1964 to 1985, died Nov. 9 in São Paulo. She was 77.Her press agent announced the death but gave no cause.Until 1969, the highest-profile artists of the Tropicália movement — which sought to undermine military rule via art and peaceful disobedience rather than through the leftist guerrilla activity of the time — were singer-songwriters Caetano Veloso and Gilberto Gil. When they fled the country, under threat of prison or worse from the regime, Ms. Costa made sure their music stayed in circulation through evocative performance.In addition, Ms. Costa was a leading exponent of música popular brasileira, which blended regional folk music with samba, jazz and rock. Ms. Costa never considered herself to be a traditional protest singer or to be politically motivated, except for the few years she spoke out against Jair Bolsonaro. But her choice of lyrically allegorical songs, which she interpreted with her crystalline mezzo soprano voice and her virtuoso playing of the violão (acoustic guitar), often targeted political corruption and Brazil’s junta.Usually outrageously and often scantily-dressed as a young woman, her long, dark hair often tressed in curls or an Afro, Ms. Costa was a child of the sexual revolution that came to Brazil in the 1960s along with rock music from the United States and England. Ms. Costa was initially inspired by bossa nova musician João Gilberto and later by Veloso and Gil. But she also became influenced by American rockers, soul men and blues masters — including Jimi Hendrix, Janis Joplin and James Brown — and later (thanks to her son, Gabriel) hip-hop.Her best-known songs include “Baby” and “Coração Vagabundo” (Vagabond Heart) — both written by Veloso; “Aquarela do Brasil,” a 1939 composition by Ary Barroso popularized in English as “Brazil” during the big-band era; and “London London,” written by Veloso during his exile in the British capital. She sang the last, as he had written it, in English.Her most controversial album was “Índia” (1973), less for its allegorical lyrics than for its cover image of a women’s torso with a red thong-like bikini. The military banned the album sleeve and ordered Ms. Costa’s record company to sell it only inside an opaque blue plastic cover. It was the best inadvertent publicity that any artist could hope for. Brazilians queued at record stores to buy it, and Ms. Costa emerged as an unwitting feminist icon.One of the finest songs on the “Índia” album — with the collaboration of Gil, as producer, and Verdoso — was “Milho Verde” (“Green Corn”), a traditional song chanted by female enslaved cornfield workers under Portuguese colonial rule and echoing the songs of North American enslaved cotton pickers.Maria de Graࣹça Costa Penna Burgos was born in Salvador, the capital city of the northeastern Brazilian state of Bahia, on Sept. 26, 1945. After her mother discovered her husband had a second family, her parents divorced. Ms. Costa began singing to bossa nova music and found work at a local record shop. That brought her to the attention of customers including Veloso, Gil and a young singer called Maria Bethânia. They soon formed a musical group calling themselves Doces Bárbaros (Sweet Barbarians).She recorded her first solo single in 1965 under the name Maria da Graça but soon settled on Gal Costa as her stage name. Her breakthrough album, “Domingo” (1967), also featured Veloso.Ms. Costa said she didn’t have the financial means to go into self-exile like Veloso. Instead, in 1971, she launched a new Tropicália stage show called Fa-Tal, directed by her friend Waly Salomão, in which she performed with sexy clothes and brightly-painted lips.As her fame grew, she continued with her hippie-hedonistic lifestyle in Rio, where she and her friends would sing and play on a stretch of the Ipanema beach which became dubbed the “Dunes of Gal.” In 1985, when she performed at the Carnegie Hall in her first performance in the United States, she told the New York Times, “I am not planning to conquer the United States market. I am a Brazilian singer, and I am kind of lazy about leaving Brazil.”In 2011, Ms. Costa was awarded a Latin Grammy Lifetime Achievement Award.Survivors include her son, Gabriel.At the core of Ms. Costa’s music was a free-spiritedness. “Any kind of diversity, I am a defender,” she once told an interviewer. “People have to respect differences. The other doesn’t have to be like you. You must have the freedom to be, exist, and be who you are. That’s implicit in me, in my way of being.”