Leeds in pole position to sign "dynamic" £3m sensation, he'd be their own Bellingham – opinion 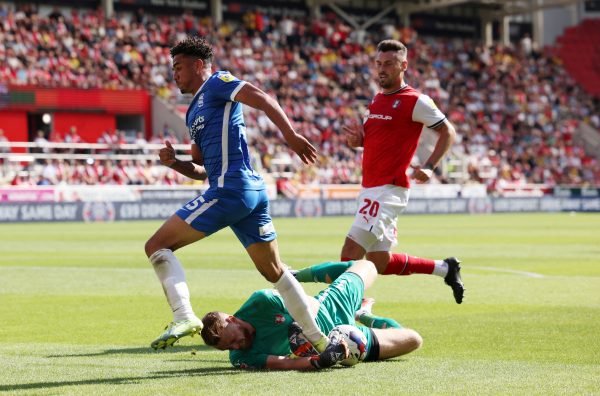 Leeds United are reportedly leading the race to sign Birmingham City starlet, George Hall, with the teenager seemingly in line for an exit from St Andrew’s in the near future.

What’s the word?
According to Football Insider, the Premier League outfit are in ‘pole position’ to sign the 18-year-old in January, with the suggestion being that an exit from the Blues is now “inevitable” for the highly-rated youngster.

According to the report, the England U19 international is disappointed with his lack of game time with the current side. Only five of his 16 Championship appearances have come from the off.

As the piece also outlines, the Redditch-born starlet was reportedly the subject of a £3m offer by the Yorkshire side back in the summer, with Elland Road transfer chief Victor Orta seemingly now eyeing an improved bid in the New Year.

Leeds’ own Bellingham
Despite only making 18 appearances at Birmingham senior level so far, it is remarkable that Hall has managed that feat at such an early age. Hall, who notably signed his first professional contract at the Midlands side less than a year back, was no doubt impressive.

The exciting prospect – who has one goal and one assist to his name in the second tier this season – is no doubt highly thought of by those at his current side, with U18 coach Martyn Olorenshaw saying at the time of the player’s new deal:

“He is an attacking midfielder with an ability to create and score goals. He is explosive, dynamic, and has the ability of influencing games. He is an extremely exciting player and has the potential to achieve anything he wants.

“He has received international recognition recently which is a huge achievement, a testament to all his hard work and a reflection of his character.”

That assessment will likely have piqued the interest of Orta and co, with the hope now that the Whites can poach what is yet another promising talent to have emerged from the Birmingham youth set-up, with Hall’s current teammate Jobe Bellingham also making his mark under John Eustace at the age of just 17.

It is the latter man’s older brother whom Hall will likely be looking to emulate, however, with Jesse Marsch’s side no doubt hoping to have their own version of midfield star Jude Bellingham on their hands if a deal can be struck.

The Borussia Dortmund colossus is himself still only at the early stages of his career at the tender age of 19, although has blossomed since leaving St Andrew’s two years ago in order to make the move to Germany on a £25m deal, with 40 goal involvements in just 119 games for the Bundesliga giants thus far.

Now a regular England international, the 17-cap superstar – who was named in Gareth Southgate’s 26-man squad for the upcoming World Cup earlier this week – has emerged as the “hottest youngster in world football” at present, in the words of Wayne Rooney, while also recently finishing second in the Golden Boy award rankings.

A player now seemingly on the radar of a host of Europe’s top clubs – including Manchester United, Liverpool and Manchester City – the £87m-rated sensation looks destined to only go from strength to strength in the years to come, having shown no ill-effect of leaving his former club so swiftly.

The hope will be that Hall – who like Bellingham also operates in central midfield – can follow a similar trajectory if he is to make the move to Elland Road, with Orta simply needing to get a deal over the line.