Paratici to monitor £174k-p/w World Cup star ahead of Jan, he'd be "unreal" for Spurs – opinion 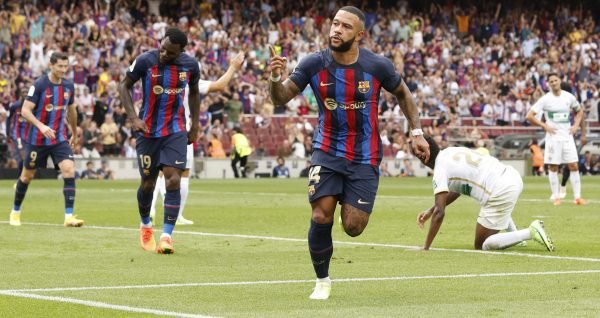 Tottenham Hotspur is interested to sign a deal to transport Memphis Depay to north London in January’s transfer window.

That’s according to a report by 90min, who claim that Fabio Paratici and Antonio Conte will monitor the Netherlands centre-forward during the Qatar World Cup, before deciding whether or not they will make a move for the 28-year-old this winter.

The report also states that the striker could be signed in January market. He could even be allowed out of Barcelona on a free transfer. However, the striker himself is believed open to a return from the Premier League.

“Unreal”
While it is true that injuries have limited Depay to just three outings for Barcelona so far this season, considering just how impressive the Dutchman was for Xavi’s side in 2021/22, the argument that the 28-year-old would be an unreal signing on a free transfer is an extremely easy one to make.

Indeed, over his 28 LaLiga appearances last time out, the £22m-rated forward was in astonishing form in the final third, scoring 12 goals, registering two assists and creating five big chances for his teammates, as well as taking an average of 2.2 shots, making 1.6 key passes and completing 1.6 dribbles per game.

These returns saw the £174k-per-week talent who Liam Canning dubbed “unreal” average a simply sensational SofaScore match rating of 7.26, not only ranking him as the Catalan club’s fourth-best performer in the league but also as the joint tenth-best player in the top flight of Spanish football as a whole.

Furthermore, with the 81-cap international being able to operate from attacking midfield, as a support striker, on either wing and as a centre-forward, Depay’s extremely impressive positional versatility would also appear to make him something of a perfect fit for either of Conte’s 3-4-3 or 3-5-2 set-ups at the Tottenham Hotspur Stadium.

What age did Kane make his debut at Tottenham?

As such, should the Dutchman prove in Qatar that he still has what it takes to perform at the highest level, it would look to be an extremely wise decision for Paratici to launch a move for the 28-year-old this winter, as Depay would undoubtedly make an unreal addition to Tottenham’s current attacking options.