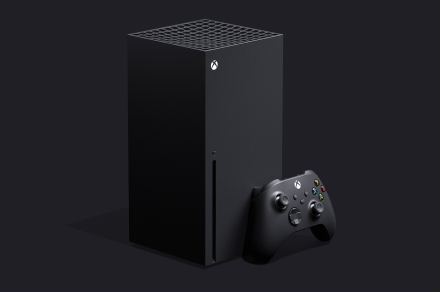 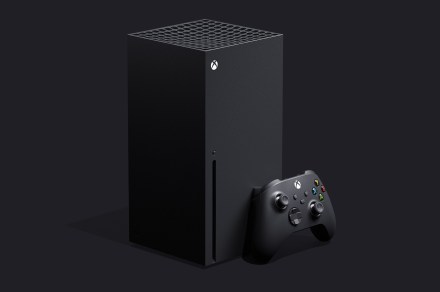 We’re coming up on the second anniversary of the Xbox Series X, and many people may try to pick the console up now in anticipation of 2023 games like Forza Motorsport, Redfall, and Starfield. Although the Xbox interface is fairly digestible, it does feature a lot of menus and submenus that contain helpful settings that even longtime Xbox Series X owners don’t know about.
During my deep dive in the Xbox Series X settings menus, five features were discovered that will improve my gaming experience on this system. I recommend you go and check out these features for yourself, whether you’re picking up an Xbox Series X console for the first time or have owned one since the system launched in November 2020.
Remap controls

A stalwart feature of our hidden console features lists are customizable controls, and that’s still the case here because those settings are still helpful. The Xbox Series X has the most extensive controller customization of any console. To access these options, go to the Devices & Connections tab of the Settings menu. From there, click the Accessories option, which will bring you to a separate Xbox Accessories menu where you’ll find Your controller. Other options allow you to check the controller’s battery life, update the controller, and more, but we’re most interested in the Configure feature.
There you can create controller profiles and remap the controls as needed. There are clear menu options that allow you to switch triggers, invert sticks, turn off vibration, activate screenshots and share, and even remap buttons if you hold it down in the menu. These controller profiles can be used in any game you like. This is something you should definitely look into if there are certain control schemes that you like or if you need to adjust something for accessibility.
Night mode

If you play games late into the night or play in a public space you share with a lot of roommates, you might want to consider the Xbox Series X’s Night Mode. According to its official description, Night Mode “reduces light from the console so it’s easier to sleep after gaming.” There’s actually a lot of nuance in setting it up too. You can just toggle it on and off manually, but you can also align it so it activates with your region’s sunrise and sunset or set a unique schedule for it. You can also adjust how dark you want the colors to be and filter out any blue light.
To activate Night Mode, click on the General tab of the Settings menu. Then, choose TV & Display Options. Under the Display column, you’ll find the option for night mode and can set your preferences from there. This menu also allows you to adjust the brightness for the Xbox symbol on the controller and console. And don’t worry about this feature interfering with your ability to capture screenshots or clips, as those aren’t affected by Night Mode. Give your eyes a break and try this out next time you’re having a long gaming session in the middle of the night.
Change your TV’s volume

You have lost your TV remote, but you still need to adjust the audio. Many people can now adjust their TV volume directly from their Xbox, thanks to an October 2022 update. At the bottom of the Guide tab of your Xbox Guide, there’s an Audio & Music widget. If your Xbox is fully updated and you’re using an HDMI cable on a CEC-enabled TV, you should see the options to increase, decrease, and mute audio.
This is a minor feature with very specific uses. However, it can be useful if you lose your TV remotes all the time (like me) or want to keep your gaming session hushed. The October update also added the ability to muffle the console’s startup sounds. Night Mode makes it possible for your Xbox to be used at any time of the day.
Use Alexa and Google Assistant to control your Xbox
Google
The Alexa-like assistant of the PlayStation 5 is now available on Xbox Series X. However, you can still integrate Google Assistant or Alexa directly into your console with Xbox Series X. Once again, you’ll want to go to the Devices & Connections tab in the Settings menu. You’ll find a Digital Assistant option there, and clicking on that will bring you to the dedicated menu for it. Follow the steps to connect that are laid out here. Once you do that, you’ll be able to use Google Assistant or Alexa with your Xbox.
By speaking to these voice assistants, you can turn your console on and off, launch games and apps, control the playback of media you’re watching, and capture gameplay footage. This can be very helpful to prep your Xbox before you arrive, especially if you have an Android device with Google Assistant or a lot of Alexa-based Smart Home products scattered around your house.
Modify the guide

The Xbox Guide appears when you press the Xbox button on the controller. It allows you to choose games, interact with friends, start party chats, and many other things. You can customize this guide. Next time you open the Xbox Guide, go to the Profile & System tab indicated by your profile picture. The second section will allow you to choose the Customize your guide menu option. Now, you’re free to organize the tabs of the guide in whatever order you want.
If you only tend to play the same game or two, but do it a lot in party chats with friends, then you might want to move the People and Parties & Chats tabs to the front. If you care more about playing the games and not with others, then it’s probably better to lead things off with the Game Activity default guide tab. These minor adjustments can make your Xbox gaming experience much more enjoyable. You can always reset to default if you make a mistake.